As I work my way through the biography of Alexander Hamilton (hopefully in advance of seeing Hamilton: An American Musical when it makes its stop in Salt Lake), I’ll be writing some thoughts about the book, or just thoughts about Hamilton in general. They won’t always be a direct critique of the book, but we’ll see what happens.

Alexander Hamilton wrote a lot. Three-quarters of the Federalist Papers. A report on public credit and the national bank. A pamphlet about an affair in an attempt to clear the air. Biographer Ron Chernow noted that Hamilton “must have produced the maximum number of words that a human can scratch out in 49 years.” If there were notes to be taken or thoughts about something, It was almost a guarantee that he wrote it down.

This was evidenced by his courtship of Elizabeth Schuyler. Granted, at the time, it wasn’t as if he could spend hours upon hours on the phone speaking with his future wife. For one, the telephone wasn’t yet invented; second, he was mostly away with the Army fighting the Revolutionary War as George Washington’s aide, so he didn’t really have a bunch of free time. Nevertheless, he wooed the young Eliza with his words on paper, sending her a letter nearly every day he was away (we know this because he chastised her for not keeping up with his prolific pace of letter writing).

It was a different time to be sure, and it isn’t as if Alexander Hamilton was the only person courting by letter. He also didn’t simply start the relationship with Eliza by sending her a letter; they had met in person when her father visited the winter quarters of Washington’s army in New Jersey. Hamilton was smitten and decided to pursue her after, eventually getting permission from her (and her father) to marry.

In some ways, the Alexander/Eliza courtship is similar to the way things work these days. Granted, a lot of people will meet up, chat, go on some dates, and eventually marry (or go their separate ways). But it also seems to me that a lot of courtship these days is “done with a pen” over the dating app of the moment. We see a pretty face, send a smart message or two, and hope to engage in witty repartee that will eventually lead to “strip(ping) down to our socks.”

I am not exempt from this. I’ve often felt more comfortable in the confines of a dating app, and though I didn’t have a lot of success, I had success when it mattered. When I set up my profile when I moved off to Illinois for grad school, I had a lovely woman send me a message correcting something about the wording of my location – they call it “the C-U” (for Champaign-Urbana) while I went with UC (which is how it is stylized by the school. This led to a nice distraction from actually doing school things for the year I was there, and has led to a wonderful marriage and family life.

So would a single Hamilton find a place in today’s dating scene? I think he would, though he would probably get super annoyed by emojis and shorthand and just write hundreds of words at a time to the ladies he was interested in. Would that result in success for him? Who knows, but I’m sure there would have been a modern day Eliza (or Angelica) that would have found his word vomit endearing and given him a chance. After all, he does meet the two requirements for being successful at online dating: 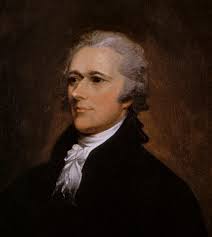 One thought on “Alexander Hamilton, Part 2”