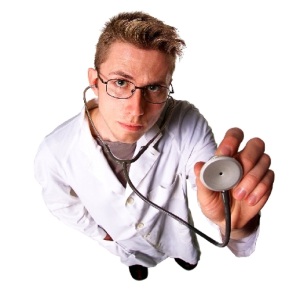 While I am a big proponent of introducing some sort of socialized medicine to this country, I hope stories like this one don’t sour anybody too much on the idea. The story is both comical and sad at the same time, but it is probably an extreme case, found by someone looking specifically for something like it. I would like to think that we could figure something out, if not in the near future, but some time before President Obama’s second term. What do you think?

One thought on “National Healthcare”